Institution
The European Gravitational Observatory (EGO) is a consortium founded, under Italian Law, by the Italian National Institute for Nuclear Physics (INFN) and the French National Centre for Scientific Research (CNRS). EGO is located in the countryside, near to Pisa, where the INFN and CNRS have conceived and built a giant interferometer, designed to detect gravitational waves (VIRGO). Here, with about 50 employees, mainly scientists and engineers, EGO ensures the long-term scientific exploitation of the Virgo research infrastructure.

Research expertise
EGO aims to promote gravitational-wave research in Europe, through a collaboration involving over 100 laboratories and more than 550 scientists, engineers and technicians in 10 different countries: France, Italy, the Netherlands, Spain, Poland, Hungary, Belgium, Germany, Portugal and Ireland. In this framework EGO promotes and supports open cooperation in experimental and theoretical gravitational-wave research, through the coordination of several European Projects. In particular, EGO is responsible for the implementation and management of the computing infrastructure serving the Virgo interferometer, from the data acquisition to the data transfer to remote repositories and distribution toward final users. EGO and Virgo form the European element of an international network that includes the two LIGO interferometers in the US and which participated in the discovery of gravitational waves. EGO currently plays a key role in the preparation of the third-generation interferometer, the Einstein Telescope, which will gather together all of the European researchers working on the subject and will be an integral part of a global network.

Role in REINFORCE
EGO is the coordinator of the REINFORCE project. Its tasks consist of the management of the project, including the ethics requirements, and the overall technical infrastructure of REINFORCE. 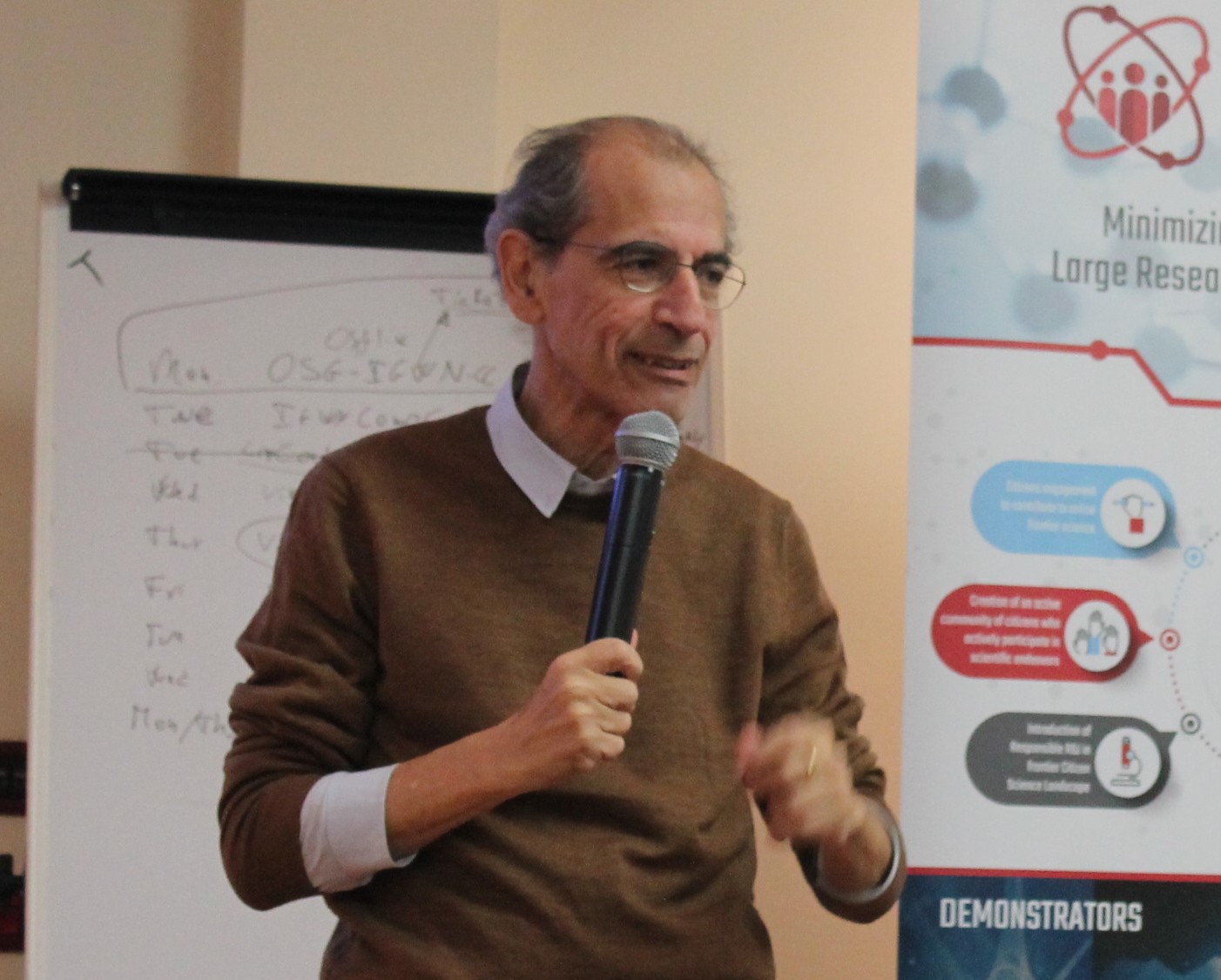 Stavros Katsanevas is the coordinator of the REINFORCE program. He is professor exceptional class at University Paris Diderot, and the director of the European Gravitational Observatory (2018-). He has served as director of the Laboratory of Astroparticle Physics and Cosmology (APC, 2014-2017), and co-director of the Laboratory of excellence UnivEarhs, an interdisciplinary collaboration between APC and the Institute de la Physique du Globe de Paris (IPGP), along themes also developed in APOGEIA. He has also served as deputy director of the National Institute of Nuclear and Particle Physics (IN2P3) of CNRS responsible for Astroparticle Physics and Cosmology (2002-2012), coordinator of the EU funded ERANET ASPERA (2006-2012) gathering the European agencies funding Astroparticle Physics and first chairman of the European Consortium of Astroparticle Physics (APPEC) (2012-2015). His scientific contributions (close to 400 publications), concern Particle Physics at CERN and Fermilab, beam design (CERN to Gran Sasso), Astroparticle, applications (smart sensors, medical physics) and phenomenological studies and simulation. He is or has been a member of numerous national and international committees (National Council for Science and Innovation next to the Ministry of Education and Research in Greece, International Neutrino Committee for the Long-Baseline Neutrino program at Fermilab LBNF, member of the ESFRI landscape subgroup on astronomy and astrophysics; Global Science Forum OECD group on AstroParticle Physics; AstroParticle Physics International Forum (APIF); CERN Super Proton Synchrotron Committee (SPSS); and a member of the CNES Evaluation Committee for Space Research and Exploration (CERES). He has initiated and chaired the Public-Private- Partnerships between CNRS and the company PHOTONIS on photodetection (2005-2009) as well as the company SAGEM on extreme optics (2007-2011). 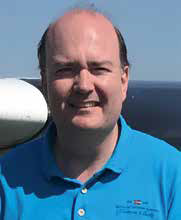 Valerio Boschi is a physicist at INFN Pisa and EGO. He has worked in both Virgo and LIGO experiments since 2003 concentrating his studies on the modelling, control design and commissioning of seismic attenuation systems of gravitational wave (GW) experiments. He completed his PhD in 2010 after working at California Institute of Technology for 3 years on the design of AdLIGO suspension system. He was a postdoc at INFN Pisa and the University of Pisa and became first staff scientist at the European Gravitational bservatory, then researcher at INFN Pisa. He has been working on the installation, pre-commissioning and commissioning of AdVirgo suspension system since the beginning of the activities. He has been member of reviewing committee of the calibration and GW signal reconstruction for O2 AdVirgo observation run of 2017. He is author of more than 200 peer-reviewed publications. He is actively working on outreach and communication and won the 2017 C. Torres Memorial Outreach award. He is currently EGO Outreach Coordinator and Suspension Commissioning Coordinator. 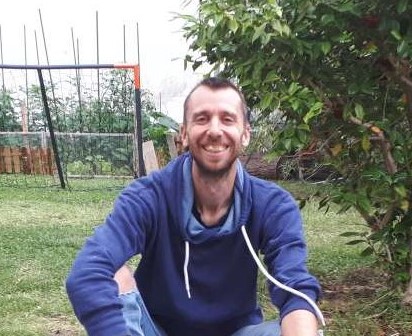 Gary Hemming is the Technical Manager of the REINFORCE project. He has been a software developer at the European Gravitational Observatory for more than 15 years and is a member of the EGO IT Department and the Virgo Detector Characterisation and Outreach groups. He has been responsible for many Virgo Collaboration software applications, especially in the areas of data visualisation and interfacing. He has rich experience in software design and project management and 20 years of experience in the fields of web and database development, with particular focus on the areas of open-source technology - providing solutions for laboratories across the Virgo Collaboration and the wider gravitational-wave research field. He has led projects on multiple tools – such as the LIGO-Virgo data-quality-segment database; the NoEMi noise-line investigation tool; documentation and review-systems; daily project-management tools; Virgo status pages; detector-monitoring alarm systems; among many others used in Virgo, LIGO and Kagra. He has Technical expertise in: web-interface design; database design, and management; interfacing to authentication - including federated log-in - and authorisation systems; code validation and web and accessibility standards; and API development.
He is also one of the Virgo Collaboration on-site guides. 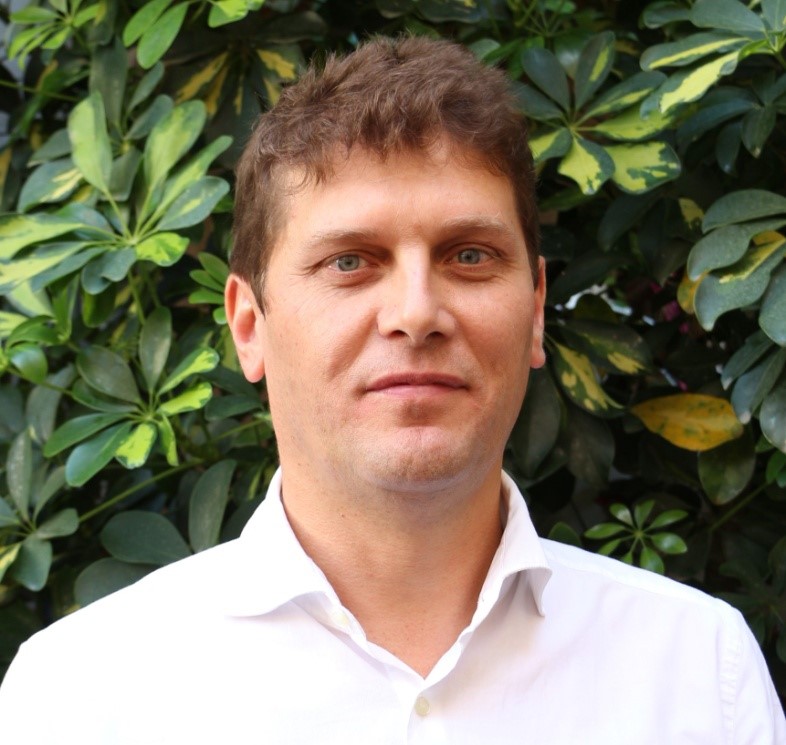 Vincenzo Napolano is currently Communication responsible of EGO. He has a PhD in Physics and a Master degree in Science Communication from the International School for Advanced Studies (ISAS) in Trieste. He has been till April 2020 scientific communicator at the Italian Institute for Nuclear Physics (INFN), where he was responsible of strategic planning, design and realization of the main national exhibitions and of the INFN National Laboratory visitors centres. He realized science communication events in collaboration with private Foundations and some of the most relevant Art and Science Museums and Cultural Festivals in Italy and abroad. He is curator of multimedia installations at the crossing between art and science, developed in collaboration with artists and interaction designers and has been curator of several scientific exhibitions, including the highly successful Astri e Particelle, Palazzo delle Esposizioni, Roma; Science Blunders, Palazzo Blu, Pisa; Beyond the limit, MUSE, Trento; Made in Math, Triennale di Milano; He has also curated two, internationally relevant, art and science exhibitions: Gravity, 2018, MAXXI, Roma and Sublimi Anatomie, 2019, Palazzo delle Esposizioni, Roma. He is author of articles for popularization’s magazines, websites, newspapers and science communication publications and has been engaged as guest or author of contents in several TV programs. He is interested in the study and practice of participatory models in science communication and has held lectures for students and talk in conferences in Europe and US (AAAS 2014, 2015 and 2017). 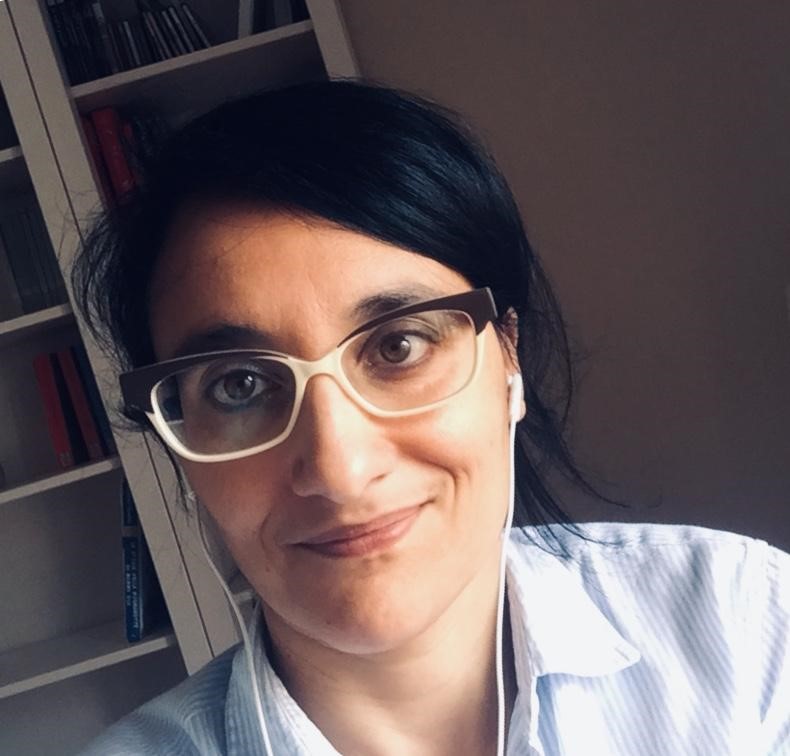 Francesca Spagnuolo is Project Officer of REINFORCE and EU Program Coordinator at European Gravitational Observatory. She holds a Master’s Degree in Political Science, with a major on EU integration, and a PhD in Law (European Administrative/Constitutional Law), both from the University of Pisa, where she is adjunct professor of European Administrative Comparative Law (2019-2020). She has worked for 15 years in the field of EU Law and European Administrative Law at the University of Pisa, the Joint Research Center of the European Commission (JRC- Ispra), Scuola Superiore Sant’Anna (SSSA-Pisa). and the Italian Council for Research in Agriculture (CREA-Rome). Since April 2009, she is Research Fellow within the Earth System Governance Project, and since February 2018 she is Author for the Working Group II Contribution to the IPCC Sixth Assessment Report.

francesca.spagnuolo@ego-gw.it
Get in touch with us