Institution
The Lisbon Council is a Brussels-based think tank and policy network committed to making a positive contribution by engaging political leaders and the public at large in a constructive exchange about the economic and social challenges of the 21st century.

Role in REINFORCE
Apart from the organization of the Dissemination and Communication activities LC team will perform the road making work building on the findings of the large-scale experiments’ implementation and their assessment. This work will provide the REINFORCE Roadmap document that is going to be one of the most important project outcome. 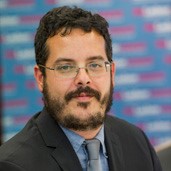 Francesco Mureddu is an advisor in innovation and technology policies. During his career Francesco has been primarily involved in designing and delivering consultancy and research projects for the European Institutions in a wide variety of topics including Information Society and ICT, e-government, Smart Cities, ICT-enabled social innovation, future science, research and innovation policies. During this activity, Francesco has developed an extensive network across European Commission services, private companies and research organizations. His specific fields of expertise include evaluation of policy initiatives and programmes, impact assessments, policy monitoring and benchmarking, policy development, counterfactual impact evaluation, technology roadmapping and scenario development, economic and econometric modelling, cost/benefit and sensitivity analysis, stakeholders’ consultation and engagement. Francesco is currently Associate Director at the Belgian Think Tank The Lisbon Council, Associated Researcher at the Centre for North South Economic Research (CRENoS) of the University of Cagliari, as well as co-founder of the cyber security startup Intelligence Framework Inc. In addition to that, Francesco regularly serves as independent expert for a variety of clients, including the European Commission, for which he evaluates proposals submitted for the EU funding programme Horizon 2020, and PwC Italy, for which he oversees specific activities in the realm of evaluation and roadmapping. Francesco holds an MA in Economics from the Catholic University of Louvain and a PhD in Economics from the University of Cagliari, and is able to work and interact in English and Spanish. 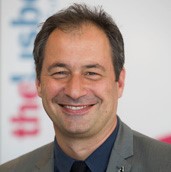 David Osimo is director of research in The Lisbon Council, a Brussels-based think tank set up in 2003 to intellectually accompany the Lisbon Agenda, Europe’s original growth and jobs programme. David coordinates the research activity on issues such as the data economy, digital government, start-ups and scale-up policy as well as pioneering novel collaborative methods for policy research. He previously served as director and co-founder of Open Evidence, as scientific officer in the EC Joint Research Centre, and advised the United Nations and the Organisation for Economic Co-operation and Development. 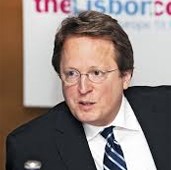 Paul Hofheinz is president and co-founder of the Lisbon Council, an independent, non-partisan think tank and research centre based in Brussels, Belgium. It was founded in 2003. At the Lisbon Council, Mr. Hofheinz manages the association on a daily basis and is responsible for strategic oversight, including growth, publishing and development. He also maintains a personal research programme, writing, publishing and speaking on topics as diverse as artificial intelligence, the future of work, innovation, startups, the knowledge-economy, human capital, growth-company finance, economic reform and European politics. He frequently appears on the BBC, CNBC and Bloomberg, and has written for or been quoted in more than four dozen leading newspapers and academic journals. In 2017, he led a strategic work programme for the Government of Estonia, collaborating with Europe's leading digital administration on digital government and strengthening Europe's footprint in the data economy. In 2011 and 2013, he served as strategic adviser to the Polish and Irish governments, respectively, during their European Union presidencies. Recently, he became a member of the European AI Alliance, a high-level sounding board on future technologies led by the European Commission. Previously, Mr. Hofheinz worked as a writer and editor at The Wall Street Journal, covering such diverse topics as European integration, financial-market regulation, emerging markets and Russia. In 1998-1999, he was managing editor of Central European Economic Review. Prior to that, he was associate editor of Fortune. He began his career in London as a reporter for Time magazine. Mr. Hofheinz holds a Master of Science (MSc) degree in the government and politics of Russia from London School of Economics and a Bachelor of Arts (BA) in history from Yale, where he received the prestigious John Addison Porter and Dean Henry P. Wright prizes upon graduation. He speaks fluent English, French and Russian.

Personal web page
Get in touch with us