The discovery of the Higgs boson, in July 2012, by ATLAS and CMS, the two large experiments operating at the Large Hadron Collider (LHC) of CERN has been a major scientific achievement of thousands of highly specialized researchers who over decades designed, constructed and operated huge detectors and a dedicated accelerator. The question which remains to be answered is whether this is the only Higgs boson or if it is the first of a more complex Higgs sector, predicted by theories Beyond the Standard Model (BSM).
The LHC experiments have recently made available part of their data on the CERN Open Data Portal for public use. Therefore, citizens are now able to support scientists in the quest of the Large Hadron Collider for the discovery of the ultimate structure of matter as well as particle theories beyond the Standard Model, looking for evidence of undiscovered particles.

In the framework of REINFORCE, citizens will have the opportunity to actively contribute in the search for new particles at the LHC using Open Data and going beyond visual classification through the use of the innovative interactive software HYPATIA, which has been developed by the IASA team and is used every year by thousands of high school students.

The webinar aims to give an overview of the Search For New Particles At The LHC Large Scale Citizen Science demonstrator and how it will be implemented in order to engage citizens in the scientific research, showcasing the tasks that citizens will be asked to perform and how their input will be fundamental to select traces of particles in the LHC detectors and calculate kinematic quantities. 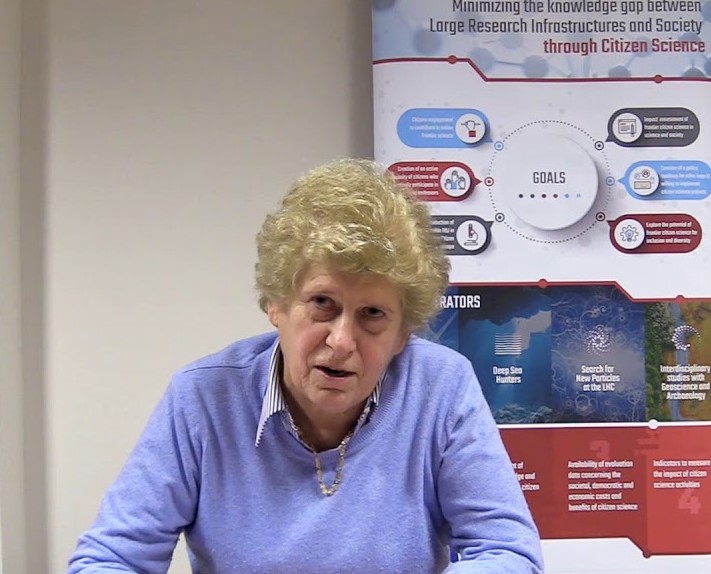 Christine Kourkoumelis is an Emeritus Particle Physics Professor of the National and Kapodistrian University of Athens (NKUA), Greece and member of IASA’s Board. She holds a Ph.D from Yale University and is actively involved in research at National (U.S.A.) and International Particle Physics laboratories. At CERN, for the last 20 years, she is a member of the giant ATLAS experiment and contributed both in the hardware instrumentation as well as in the physics analysis (discovery of the Higgs Boson, search of new Heavy Bosons). In parallel to her research, she is heavily involved in outreach activities for the popularization and dissemination of HEP in schools. She has co-authored the ATLAS interactive event analysis program, the so-called HYPATIA (HYbrid Pupil's Analysis Tool for Interactions in ATLAS). She has also been the ATLAS Outreach Coordinator for two years during the excitement of the Higgs discovery and in July 2011 she was awarded the EPS (European Physical Society) outreach prize for outstanding outreach achievement. 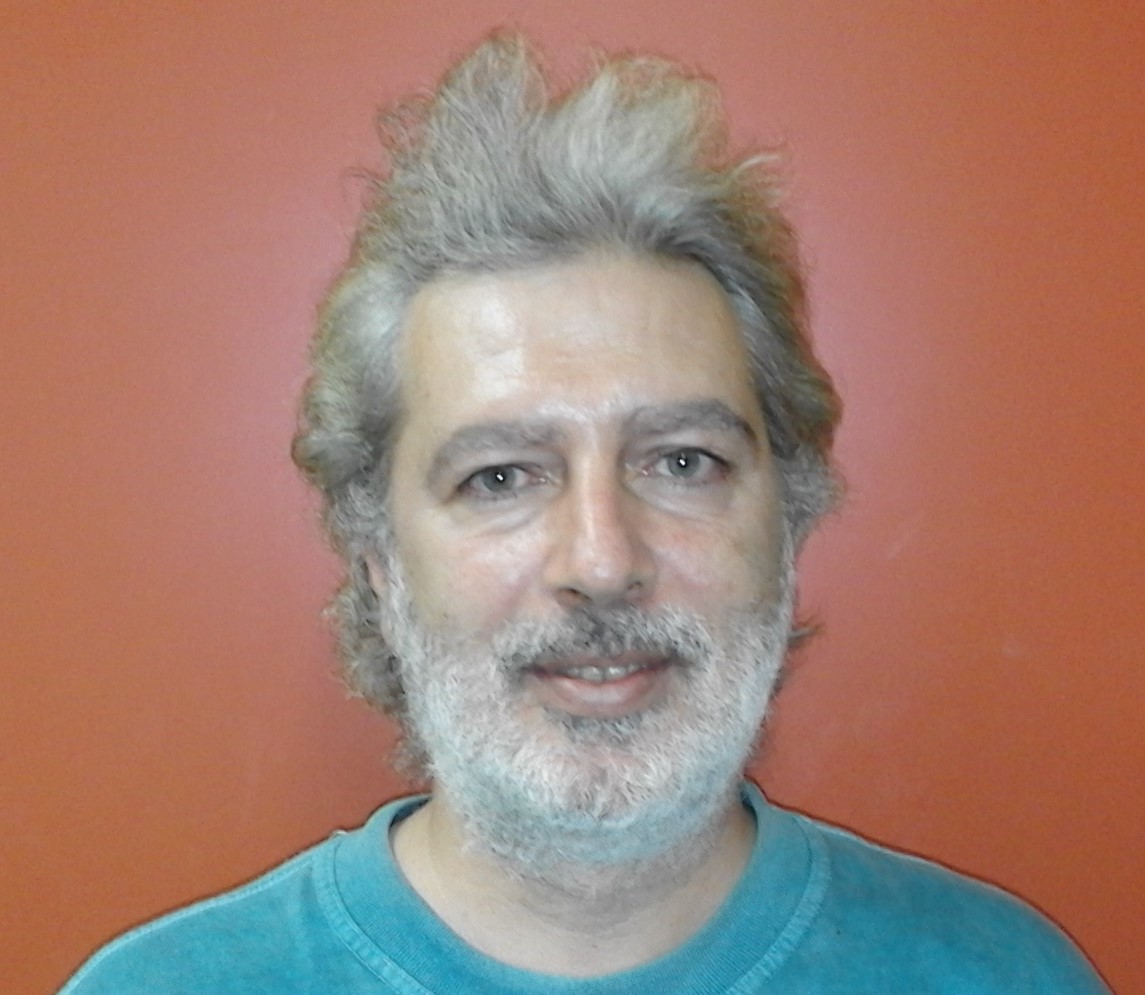 Dimitris Fassouliotis is associate professor at the University of Athens. He holds a PhD in elementary particle physics from NTUA (1994). Since 1998 he has been teaching undergraduate and graduate physics courses at the NKUA. Since 1989, he is participating in research activities in experimental high energy physics, first as a member of the DELPHI collaboration and later as a member of the ATTLAS collaboration at CERN. In DELPHI, he has worked mainly on precision measurements in the electroweak sector. In ATLAS, he was mainly involved in the discovery of the Higgs boson and the measurement of its properties, but also in the search for BSM physics. He has also participated in the construction of the muon spectrometer of the ATLAs detector and the development of gas micropatern detectors for its upgrade. Since 2005, Dr Fassouliotis is continuously participating in outreach activities in physics for high school students. 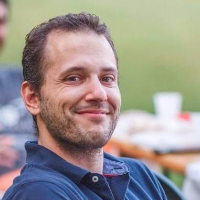 Stelios Angelidakis is an experimental particle physicist with large experience in physics research at the Large Hadron Collider (LHC) of CERN, and substantial skills in the design and development of analog processing circuits, digital signal processing and particle-track reconstruction. He is a member of the ATLAS collaboration (since 2012). His research has been focused on studies of the Higgs sector of the Standard Model as well as on searches for new-physics hypotheses. Furthermore, he has worked on the optimization of the performance of the Muon Spectrometer of the ATLAS detector, and has provided major contributions in the upgrade of the hadronic calorimeter of ATLAS, which is required for the future high-luminosity phase of the LHC.